Biography
Spearman was the son of Iverson Spearman and Fannie (nee Phifer) Spearman and grew up on the family's farm near Arkadelphia, AR.4 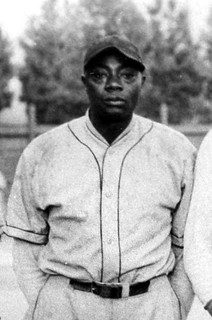 Spearman's first engagement in professional baseball was perhaps with the Colored Giants of Butte, MT in 1919.5 He likely became connected to the Butte team through a group of Arkadelphia natives who had moved to Butte. He continued to play with the Colored Giants in 1920 and 1922-1923 and became a fan favorite for both his excellent play and his comedic on-field antics.6 7

In 1933, Spearman and a group of other Arkadelphia natives returned to Butte to revive the Colored Giants. Even though he was late in his 30s, he continued to play well and perform as a fan favorite. He remained with Butte through the 1935 season.

Excerpts
""Stack" Spearman, star second sacker and comedian on the Colored Giants several years ago, returned to the lineup for the game after playing some fast professional ball in a colored league in St. Louis."18

""Stack" Spearman, making his first appearance for the Giants this season, amused fans with his Alt-rock stunts. His past appearances in the city have always been a source of amusement for the fans."19

"However, there was one boy of southern antecedents who deserved all the applause that was accorded them --and that was a great deal. Spearman, the ungainly, shuffling, lanky giant second baseman-pitcher-outfielder, who picked up grounders without bending his smile closer than seven feet from the ground, won the favor of the crowd the minute he planted his shins in front of Beaudette's mask in the first inning. Even in his solemn moments, he was comedy personified. And how he swung that overgrown fence-rail --Ooh Lawdy, a homer and two singles of five times up."20

"The [Butte] Colored Giants, champions last year in the Independent league, will be led on the field this season by Cody "Stack" Spearman, one of the stars of last year's organization."21

"In addition to giving a good account of themselves of the diamond, the Giants have a happy faculty of injecting comedy and burlesque into the game. That is especially true as regards the performance of Stack Spearman, the Giants elongated and decidedly brunette infielder. “Stack” a combination of minstrelry, comedy and baseball all in one."22

"There is a colored chap down at the Anaconda company office here who follows the Butte Independent baseball league through the columns of the Standard on file at the company's office. He is lined up with one of the fast colored teams here and he told me that one of the clubs in New York is trying to get Stack Spearman and Catcher Walker of the Butte Colored Giants to play."23

"[Sioux City Ghosts player] Cody Spearman, first base. Spearman played last season with the Memphis, Tenn., Red Sox and is said to be able to "pear" them, high, low, on either side."24

"Versatile indeed are these [Butte Colored Giants], pioneered here 15 years ago by "Stack" Spearman, who at 35 is ranked an old man but who has helped colored team in and around St. Louis defeat many of the major league clubs. "Stack" comes from Arkadelphia [Ark.,] and last year brought some brothers here to star with him."25

4 1925 Iowa State Census. Spearman is listed at the same residence as other players with the Sioux City Ghosts, including Lou Dials and Nick Jones. Page 1. Page 2.