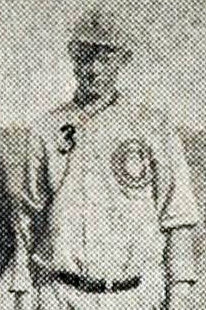 Adcock grew up near Pangburn, AR.2 3 He was discovered by Little Rock Travelers manager Kid Elberfeld and given a tryout in the spring of 1921, but farmed to Chickasha in the Western Association at the start of the season. From there, he went on to play nine seasons in professional baseball. His best season came in 1926 with Augusta in the South Atlantic League went he went 23-8 with a 3.42 ERA.

After baseball, Adcock returned to White County, AR and worked as a farmer. He died in White County on August 17th, 19944 and was buried in Howell Cemetery in Clay, AR.5
Excerpts
"[Little Rock manager Kid Elberfeld] also is mighty hopeful that Adcock, the Pangburn southpaw, will make good. He is the youngster Elberfeld signed last spring when he went after Connie Fields."6