The Spearman Family was a family of African-American athletes from Clark County, Arkansas.

Ancestry
The Spearmans of Clark County, Arkansas were descendants of Sam Spearman Sr. (about 1833-1921), a black farmer who was born a slave in South Carolina.1 He was married to Lucretia "Creasy" Burton (about 1845-unknown), the daughter of fellow slaves Iverson (about 1810-unknown) and Martha Burton (about 1825-unknown).2 Iverson Spearman (about 1863-1938), a son, was born to Sam and Creasy around the Confederate years of 1862/1863. The family likely belonged to one of the large plantations owned by the prominent, white Spearman family of Newberry County, SC.3 After emancipation, the Spearmans continued to work as farm laborers in the Newberry area before moving westward to the small community of Dobyville in Clark County, AR. The Spearmans took on a small farm there, and in 1885, Iverson Spearman was married to Fannie Phifer (about 1866-1932). She was the daughter of Robert (about 1835-unknown) and Emily Phifer (about 1839-Unknown) and granddaughter of Caesar Phifer (about 1810-unknown), each of whom had been brought to Clark County by their white slave owners from South Carolina/North Carolina years earlier.4 Together, Iverson and Fannie had fourteen children, seven boys and seven girls. By 1900, the family lived on a small one-horse farm in South Fork township in Clark County.5 Iverson and Fannie remained in the area until their deaths. 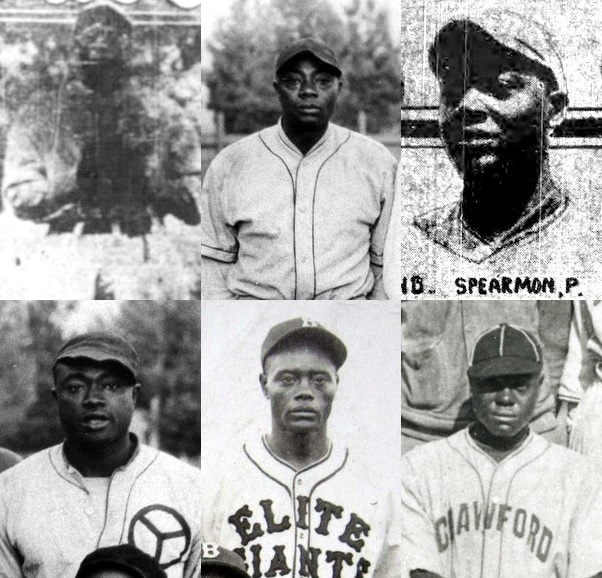 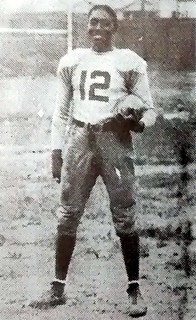 Others
Henderson "Scooter" Nevels was the son of Hattie Mae Spearman, sister of Charles, Codie, Willie, Hayse, Henry and Clyde. According to his obituary, he may have played with the Memphis Red Sox.7

Brothers Sam "Boom Boom" Wheeler and Leon Wheeler were the nephews of Charles Spearman Sr.'s wife Beulah (nee Catledge) Spearman and the cousins of Charles Spearman Jr. and Frederick Spearman. Sam played Negro baseball in the late 1940s, but remains best known for his successful career playing basketball with the Harlem Globetrotters during the 1950s. Leon also played Negro baseball in the late 1940s and was also a star athlete at Lincoln University in Jefferson City, MO.

Not Related
Negro League pitcher Alvin Spearman (1926-2016) was not an immediate relative, despite the fact that his parents were natives of Arkansas. However, his ancestors trace back to the same white Spearman family of Newberry, SC, so a distant relationship is possible.8

2 Martha Burton was living with the Sam and Lucretia Spearman in the 1880 Census. She appears in the 1870 Census as the wife of Iverson Burton. The name connection between Iverson Burton and Sam and Creasy's son Iverson Spearman helps establish the relationship.

4 1870 and 1880 U.S. Census. Robert and Emily's eldest daughter, Ella, was born in Arkansas in about 1859, suggesting that the family had been there prior to emancipation.

6 A seventh Spearman brother, Fares, has no known connection to baseball.

8 Alvin Spearman appears to have been related to Francis Graves Spearman, brother of John Roberson Spearman, a possible owner of Sam and Creasy Spearman.