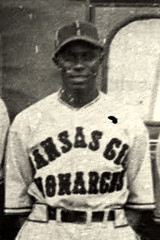 Robert Madison, the son of farmers Harold "Hal" Madison and Anna (nee Parrish) Madison, was born and raised near Lille, LA.3 He was fortunate to survive childhood, escaping the illness that killed four of his 10 siblings within a month in 1919. By 1930, Madison moved with his family north across state lines into El Dorado, AR, living near fellow future Negro Leaguer Bob Romby.4